For years, IT infrastructure provisioning was a manual process.  This made sense when deploying a new server meant placing a purchase order, waiting for gear to arrive, racking the new gear, and then finally applying a bespoke configuration to support a new workload.  However, now that most workloads are moving to the cloud, new VMs can be provisioned in seconds meaning that manual provisioning adds hours or days to the process, which creates additional friction with every new deployment.  Even if the additional time lag is not a factor for your business, every minute an engineer spends following a SOP to deploy a new machine is a minute they aren’t spending working to improve your environment and make it faster, improve its stability, or provide additional capabilities.

Worse than the time lost to provisioning toil is the potential for inconsistency introduced by relying on humans to apply configurations to every server by hand.  People make mistakes, and even if you have a robust QA process on every new machine (more valuable engineer time lost!), inevitably, some things will slip through the cracks.  Over time, these small deviations add up and eventually make it difficult or impossible to confidently describe the current state of your environment.

Adopting an infrastructure as code approach enables the automation of rote provisioning operations, which will free up your engineers to work on improving your environment.  At the same time, you will be removing a major source of potential inconsistency or misconfiguration caused by human error, improving both the stability and security of your infrastructure.  Finally, having your infrastructure defined as code and managed in an SCM like Github means that you can always be certain of the current state of your environment and have total insight into all changes made.

Within VMware’s Cloud environment, there are various ways to implement an Infrastructure as Code approach.  For instance, Expedient Enterprise Cloud (EEC) platform – which is based on VMware’s vCloud Director provisioning and management platform – offers a complete REST API to streamline integration with your existing automation tooling.  Continue reading for more detail on this ‘Infrastructure as Code’ approach and others.

The REST API can be interacted with directly from any programming language with HTTP support or tools like Postman or Insomnia.  There are some pitfalls with this approach, but we created a Postman collection with documentation to assist in understanding the various API endpoints.

Vcd-cli is a Python-based command-line utility that can be used to perform the most common administration tasks within vCD. Just remember that in order to access the vCloud command line interface (CLI), an up-to-date python installation is required.

There are client libraries available for both Python and the Golang SDK for vCD that can be used to perform the vast majority of administration operations.

Mike Garuccio is a Product Strategy Engineer at Expedient focused on researching new software and hardware to find ways to productize this technology into new solutions for Expedient clients. As a ‘full stack’ engineer, Mike works with all layers of infrastructure architecture - from the hypervisor all the way up to front-end applications. Mike has played a leading role in the deployment and implementation of Expedient’s next-generation cloud platform, Expedient Enterprise Cloud. His professional interests include automation, containers, Kubernetes, CI/CD, and developer experience optimization. Follow Mike on Twitter. 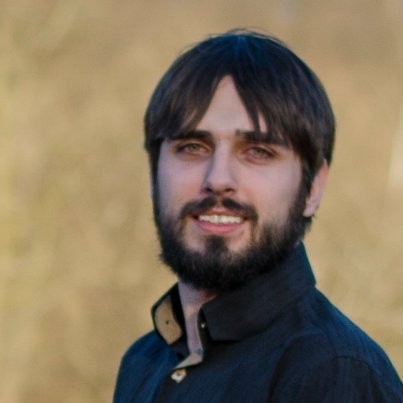 This post is part of our Microsoft in a Multi-Cloud World series. Read the re...