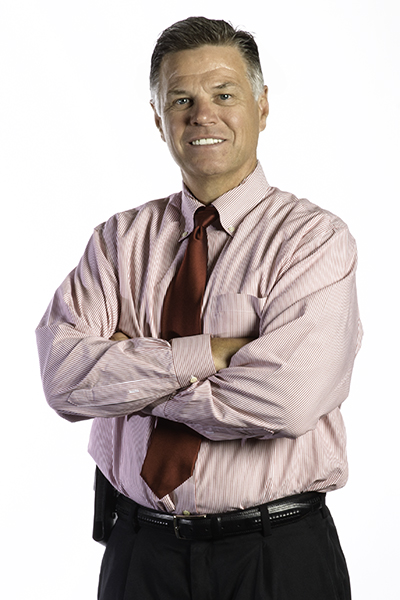 Shawn McGorry serves as the President and Chief Executive Officer of Expedient and has more than 35 years of experience in the Telecommunications and Information Technology industries. Under Shawn’s leadership, Expedient successfully transitioned and grew, from a boutique, local Internet Service Provider (ISP) with one colocation facility, to a super-regional cloud computing and data center infrastructure as a service provider with 11 data centers in 7 different cities. He orchestrated the sale of Expedient to the current ownership group in 2005, which provided the capital support necessary to deliver exponential business growth. Today, Expedient is recognized as one of the nation’s top providers of Infrastructure as a Service (IaaS) and Disaster Recovery as a Service (DRaaS) in the data center and cloud hosting space. Before joining Expedient in December of 2003, he spent 7 years as Vice President and COO of Stargate.net, Inc. Shawn helped build Stargate from startup phase to one of the nation’s Top 20 Commercial Internet Service Providers in less than 5 years. Stargate earned dozens of industry accolades, including recognition as the nation’s fastest growing Inner City Company, by INC Magazine. Prior to entering the Internet industry, Shawn spent 16 years with TeleCommunications Inc. (TCI), which became AT&T Broadband in 1999 and then sold to Comcast Communications in 2002. During his Cable industry tenure, Shawn held many positions including General Manager for TCI of Western Pennsylvania, TCI’s largest single operating unit, and at that time, the nation’s largest consolidated cable television system. In 1996, he was honored as “System Operator of the Year,” by the Pennsylvania Cable and Telecommunications Association. Shawn is a 1980 Graduate of Clarion State University with a B.S. in Business Marketing/Management. He also earned an MBA from the Katz Graduate School of Business at the University of Pittsburgh with an emphasis on Finance. 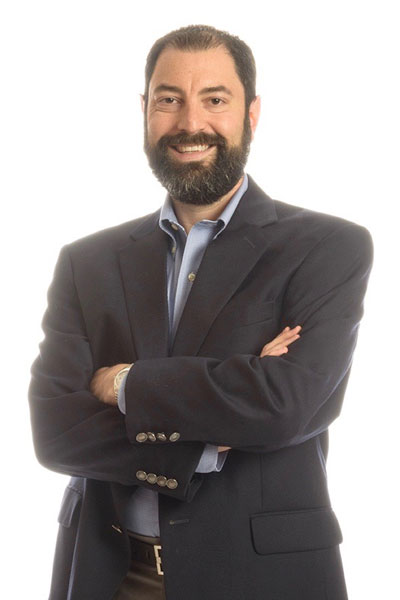 Jon Rosenson serves as Senior Vice President and Chief Operating Officer at Expedient. He has more than two decades of experience in the Telecommunications and Information Technology industries and in his current role ensures an aligned team effort in the planning and execution of operational functions considered strategic to the organization’s business objectives. Jon has overseen the 24x7x365 Operations Support Center, Service Delivery, Information Systems, Technical Recruiting, IT Compliance and Marketing messaging functions of the company; he is a key contributor in transformation efforts across the organization. Prior to joining Expedient, Jon was a founding employee and director at Stargate.net, Inc., where he had responsibility for the integration activities associated with acquired companies, including day-to-day operational management. Jon is a board member of WQED Multimedia, The Marcus L. Ruscitto Charitable Foundation, and the Pennsylvania Economy League of Greater Pittsburgh, an affiliate of the Allegheny Conference on Community Development. He is a graduate of Leadership Pittsburgh’s Leadership Development Initiative VII (1999). In November 2001, he was honored as one of the 40 under 40 as featured in Pittsburgh Magazine for his professional and philanthropic contributions to the community. Jon earned a Bachelor of Arts degree in rhetorical criticism from the University of Pittsburgh. 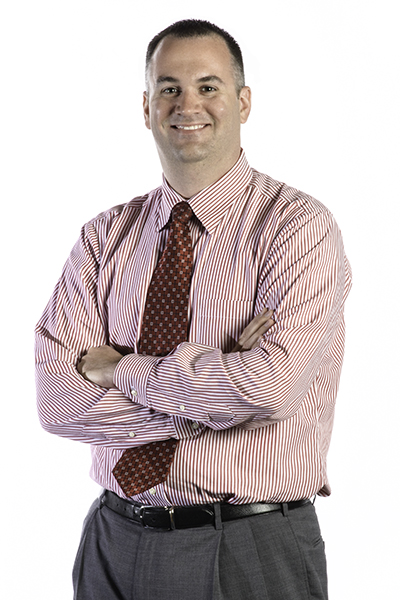 Bryan Smith serves as Chief Strategy Officer at Expedient and brings more than 21 years of experience in the Telecommunications and Technology industries to his role. He oversees strategic growth planning and business development for Expedient. Bryan was one of the initial employees of Expedient in 2001 and has been instrumental in identifying expansion/acquisition opportunities within the Pittsburgh, Boston, Columbus, and Memphis markets. Expedient has grown dramatically during the time he has been involved; from the initial start as a fixed-wireless Internet Service Provider (ISP) to a leading data center and Infrastructure as a Service (IaaS) provider. In 2013, he was honored as one of the Top 20 People to Know in Technology by Business First. Bryan holds a Bachelor of Arts in Business Management from Baldwin Wallace College and an Executive MBA from The Ohio State University. 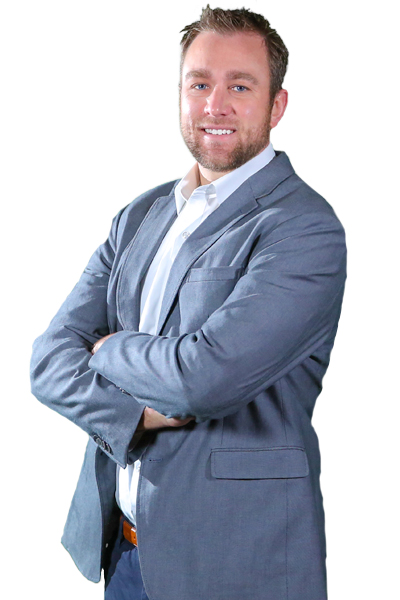 John White is the Senior Vice President and Chief Innovation Officer at Expedient. Over the past fifteen years, John has been instrumental in driving Expedient’s significant growth in cloud and managed services. He envisions and defines the product roadmap for the company, evaluates emerging technologies and partners, consults on complex solution design for prospects and clients, and evangelizes Expedient across the country as a frequent conference speaker and media resource. John holds a Bachelor of Science in Information Sciences from Robert Morris University. 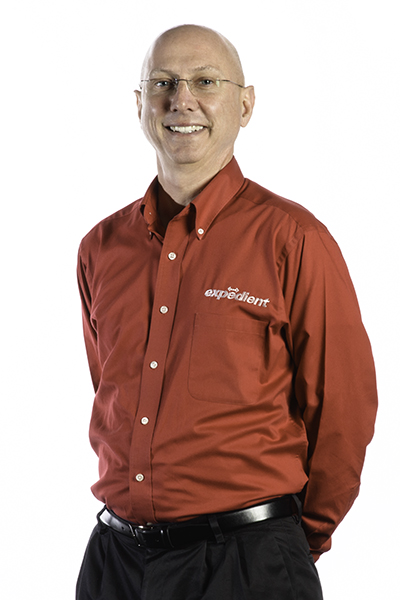 Ken Hill has more than 25 years of experience in the telecommunications and information technology industry that led him to his position as Chief Technology Officer. Ken has demonstrated throughout his career the ability to manage a broad spectrum of technical environments. Before joining Expedient, Ken was Senior VP of Operations with Stargate, a regional Internet service provider that was successfully grown to 400 employees. Prior to joining Stargate, Ken was the Executive Director of U.S. Operations for RSL Com, a global provider of voice and data services. His experience includes employment with Westinghouse Electric Corporation where he received the General Manager’s Award, which is earned by less than one percent of all employees within the corporation. Ken also spent several years with Fujitsu Business Communications Systems and General Telephone and Electronics (GTE). Ken holds a bachelor’s degree in professional studies from Duquesne University in Pittsburgh. 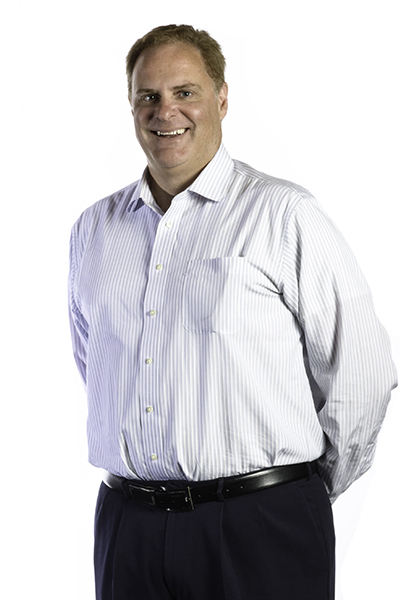 Steve Harrell brings 30 years of financial and strategic management experience to his role as Chief Financial Officer and Vice President of Corporate Development at Expedient. Steve is responsible for the accounting, treasury, financial planning, compliance, and corporate development functions. Before joining Expedient, he was Managing Director of Kennerdell Capital Partners LLC, a lower mid-market private investment firm focused on manufacturing and technology investments. Prior to this he was CFO and VP of Operations for Akustica, a venture backed commercial sensor company now owned by Robert Bosch GmbH. While at Akustica, Steve organized and solicited three funding rounds totaling $36m in private investments. From 1993-2003, Steve was employed by Texas Instruments, Inc. in a variety of financial and operations management positions within their semiconductor division. From 2000-2003, Steve ran worldwide operations and finance for TI’s flagship Digital Signal Processing business, which was focused on automotive, consumer and telecommunication applications. Steve began his career in the Washington, DC office of KPMG Peat Marwick where he consulted for government agencies and defense contractors. He has an MBA in Finance and Operations Management from the Katz Graduate School of Business at the University of Pittsburgh and a BS in Economics from Radford University. He was named a CFO of the Year in 2016 by the Pittsburgh Business Times. 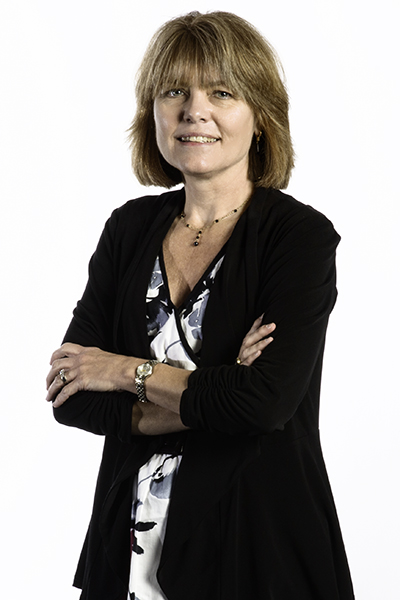 Susan Mills serves as Vice President of Human Resources for Expedient. In this role, she is responsible for supporting the Human Resources functions including employee relations, benefits, succession planning, recruitment, and HR due diligence. Susan has been with Landmark Media Enterprises for 32 years; fourteen with Expedient and eighteen with the Norfolk newspaper, The Virginian-Pilot. During her career at The Pilot, Mills served in various positions: Assistant to the Publisher, HR Director, HR Manager, Performance Developer, Advertising Operations Manager, and Advertising Sales Representative. Susan has served on several South Hampton Roads United Way committees and its Women United Board of Directors. She also served on the Hampton Roads Goodwill Board of Directors and was active in the Norfolk Harborfest Volunteer Board, including Chairing the Media Relations Committee. Susan holds a Bachelor’s Degree in Liberal Arts, with an emphasis on Business Management from Virginia Wesleyan College in Norfolk.

The best of Expedient delivered to your inbox.